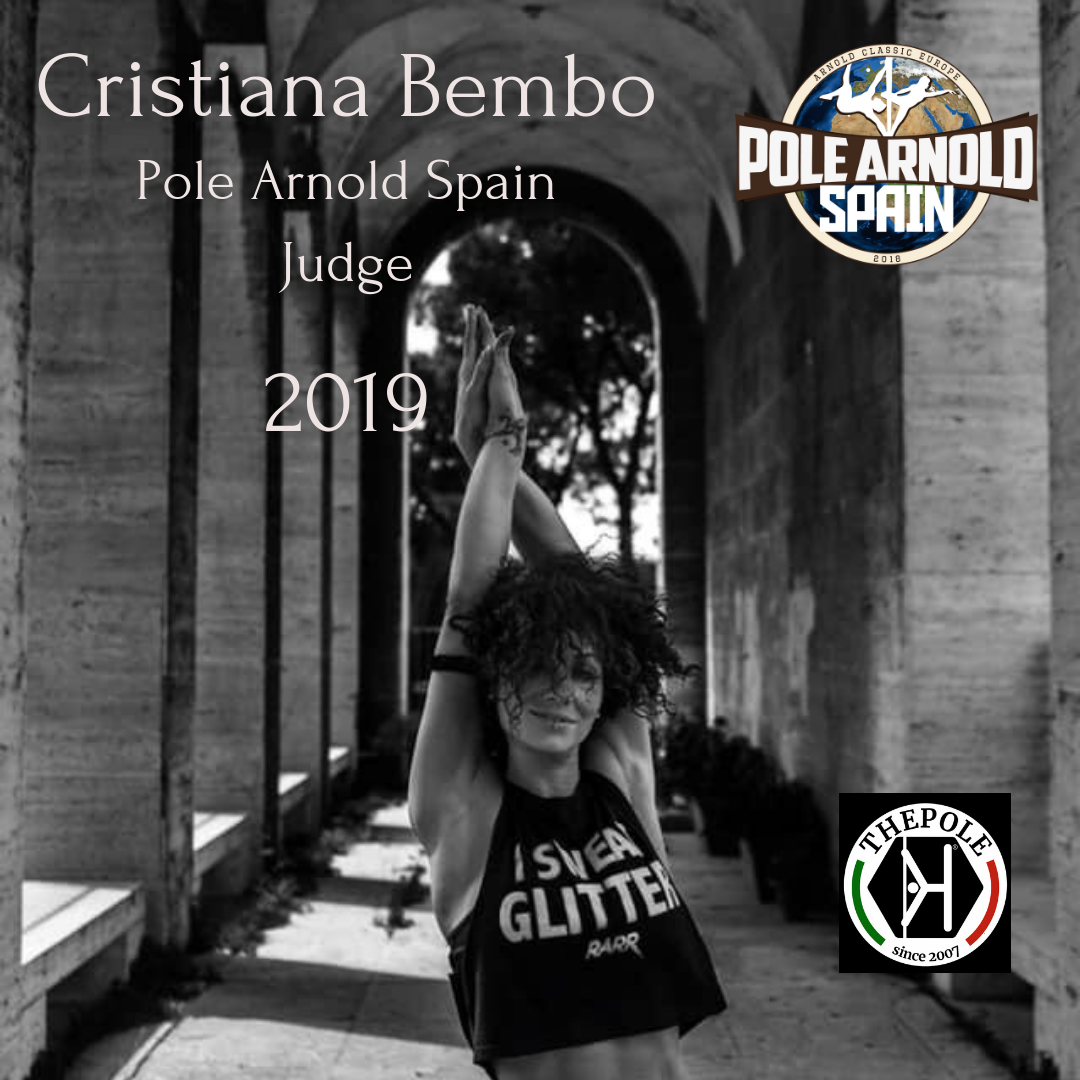 She comes from a background in Dance, Gymnastics and ice-skating at the age of 4 she started her artistic and sports career with Ballet. In the years to come she ventured into Modern Dance and Rhythmic Gymnastics, up to the age of 12. She thought ice-skating to kids till she turned 16 while she was also rowing crew at a pretty high level.

Cristiana's first experiences in Pole Dancing in 2011 is a game changer: she is hooked from day one, to the point that she soon turns her passion into a professional career, obtaining her first certification as a Pole Fitness Instructor through the Bodybarre Workout Programme: Bronzelevel (beginners), Silver (intermediate), Gold (advanced), Platinum (Pro).

She s an Antigravity Yoga instructor since 2015.

She s been judging pole competition for the last 7 years, initially as IPSF JUDGE and later as POSA NATIONAL AND INTERNATIONAL JUDGE.

She s become a POSA JUDGES MASTER TRAINER 3 years ago, and keeps being involved with the Federation.

She has been a Pole Judge FOR THE PAST 7 years, judging both Sport and Artistic Competitions.

She s judged over 50 comps all around the world, among which

Currently she is the owner and main instructor at Gotha Studio in Rome, Italy.